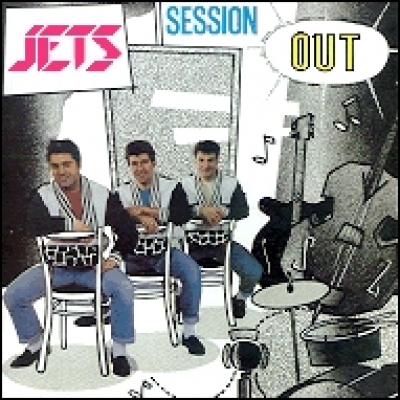 "Since their LP '100% Cotton' (EMI), with which they hit the charts in 1982, The Jets are part of Rockabilly history. Since then, The Jets have released many CDs and several LPs and singles and one cannot imagine the Rock'n'Roll and Rockabilly scene without them. About 120 appearances per year, playing Rockabilly, Doo-Wop and Rock'n'Roll - The Jets always manage to rock the stage and make the crowd go wild." Andy Widder

"I first saw The Jets in 1978. I'd just made a hit out of Hank Mizell's 'Jungle Rock', and I was looking for a new young band to have a hit with. At this time, The Jets were a four-piece band, and I became their manager. I got them their first record deal with Soho Records and their first TV appearance on Granada TV. Nervous Publishing was started to look after their original songs, and so Nervous was born. I eventually got The Jets hooked up with Lightning Records who got them on to EMI, and the hits started. Of course, I was no longer the manager by this time! Years later, The Jets came back to me and asked to make an album. I thought that was neat. This is the album we made together." Roy Williams

The Jets - Session out