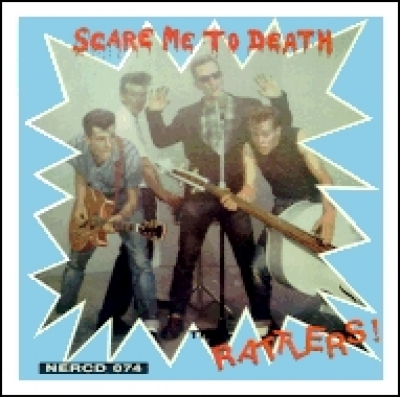 The Rattlers were a UK Neo-Rockabilly outfit from the early Eighties. I used to see them playing quite often at The Verulam Arms in Watford, where I was the DJ on Friday nights. You could say the sound on this cd is sort of 'sub-Polecats'. Their bassist (Nick Peck) went on the form The Preachers, and later turned up in The Wildkatz.

Rattlers - Scare me to death 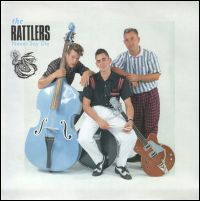 "More quality neo-rockabilly and comparable quality of tune. This is most definitely A Good Thing. As is the album, from the first note to the last. Lapses into the slightly stereotypical hiccoughing vocal style prevalent in the genre, but they do it well - and done well, this is also A Good Thing (witness Mark Cole, or Pip Hancox). All this and they still find time for a corking cover of 'For Your Love'. Whilst there is little that stink up an album faster than a poorly chosen or executed cover version, there are also few quicker ways to an eternal place in my musical heart than a good one. And this is a good one (like, obviously. I wouldn't have called it corking otherwise. Duh). Watch out for the well-spotted and recently requested album highlight 'Forbidden Love', too." blogspot