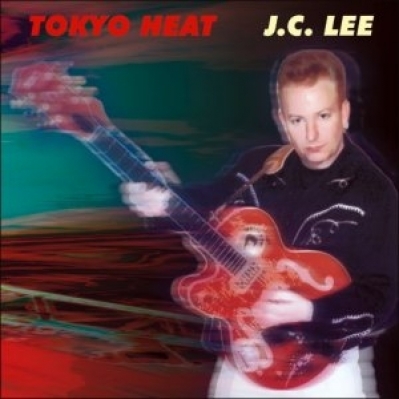 J C Lee is the pseudonym of Lee Gocher, one time front man for The Rapids. This sort of continues the Rapids' 'theme' of Neo-Rockabilly. J C Lee is ably assisted on these recordings by some of Britain and Japan's finest neo-rockabilly musicians. This is NOT one of those albums where members of various bands get together and churn out a selection of predictable cover versions. This material was specially written for this album, and all the songs were rehearsed in a professional rehearsal studio before they were recorded with Mick Wigfall at Sweet Georgia Brown's.

"JC Lee is the name adopted by ex-Rapids singer Lee Gocher. His debut solo album 'Tokyo Heat' is fine Neo-Rockabilly which takes up where The Rapids left off. Lots of original rockin' material, with band consisting of some of the rockin' scene's best musicians. If you dig the sound of 1980s Neo-Rockabilly bands like Restless and The Blue Cats, then check this one out." Howard Raucous

"... it's surely a good album, with all self-penned original tracks ranging from athentic 50s rockabilly to fast paced neo of which 'Man Of Mystery' and 'Cat Fight' appealed to me the most. Many of the tracks on this CD are four to five minutes long, with 'Drink Another Bottle Down' as gold medal winner with 5:23 mins...." The Blackcat