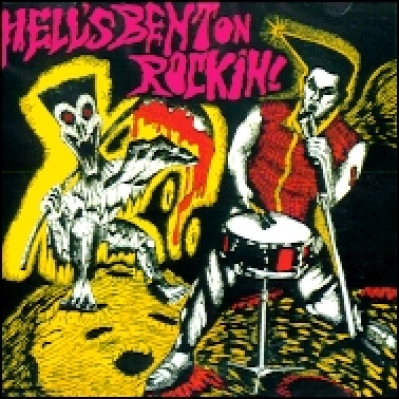 In 1985, The Housewreckers had split, but Mark Harman (Restless) heard a demo tape and played it to Roy Williams at Nervous Records. Roy was very interested in the group and he was ready to put one of the tracks, 'Cause you left me', on the new compilation record 'Hell's bent on rockin', (NERD017). He called Teukka and asked if he could change the name to Housewreckers. That was OK and so The Housewreckers became the first Scandinavian group on Nervous Records. The record was a success and The Housewreckers soon got new fans from all over the world. Think of this track as 'Neo-rockabilly meets Elvis'.