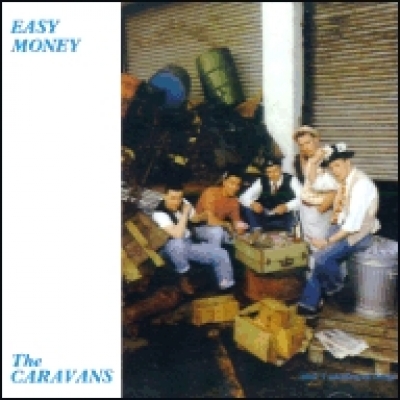 The Caravans were a British band from the south coast. They started in 1984 and were one of many bands to be found in the rockabilly boom of the mid eighties. Triggered by the success of bands like The Polecats, Stray Cats and The Jets, an alternative scene fronted by The Meteors, Guana Batz, Stingrays, etc. emerged, and The Caravans slotted nicely into it playing uptempo, hard-hitting but melodic rockabilly. At home they graced the stages of Dingwalls, Gossips (Gaz's Rockin' Blues), 'More than Vegas', St. Moritz... etc, etc. This Caravans album was originally a Nervous vinyl LP. Four tracks were added to the CD, and we've also added some tracks from other compilations to this page.